Bitcoin is NOT a scam.  There is a lot of FUD (Fear, Uncertainty and Doubt) surrounding Bitcoin.  Don't believe everything you read. There are many groups, individuals or companies out for their own best interest. Promoting some "Bitcoin project".  Do your own research.  I do share some of my favorite resources HERE. (coming soon)  BUT I don't take financial advice from ANYONE.  I make my own decisions and so must you. I listen to different people's opinions for different reasons.

Bitcoin's 11th Birthday is October 31.  It is a code that was set into motion.  Once it was started, it won't stop. The price has gone from pennies per coin to around 40k dollars in 13 years.  There's a reason for that.  It's not because some people are crazy big nerds in their Mom's basement. (Which isn't such a terrible thing 😉 Bitcoin has a purpose. It was created with a vision. A payment system that can't be manipulated for any reason.

A long term, world-wide economic vision. Contrary to popular belief, it was not created for buying drugs on the dark web. We can get into history later.  It was created by a person or group of people known as Satoshi Nakamoto.

This person or group of people created a digital currency based on MATH. Cryptography and making digital currencies have been around a long time.  Complex equations solved by "Miners" on their computers (or mining set up) keeps things moving along. Solving the equation confirms a transaction has occurred and prevents it from being used twice. Solving the problem also puts you in line for what is called a block reward. This is Bitcoin paid to miners for solving the equations and keeping the chain honest and secure so people like me and you don't have to worry about it.  Miners are people all over the world who help secure the blockchain.

In Bitcoinland, you will hear many buzzwords.  Decentralized is one the biggest. In regards to Bitcoin, it means it isn't controlled by humans. No one person, board of directors or anything like that can go in and change the value, the supply, turn it on or off etc.  The program that is running (thanks to the world-wide miners) is not able to be manipulated.  It also means, it's "unconfiscatable".  Unlike a centralized organization (like any world government that has control of their currency) it can't freeze your Bitcoin or make it impossible for you to access nor can "they" borrow from it without your consent. No terms can change.

For example (this is a purely fictional story using one of my favorite stories as an example).

Game of Thrones is based in a fictional city called King's Landing.  King's Landing is run by the Lannister family and they use gold coins as money.  Because they own King's Landing and the property around it,  they collect rent, and other payments to keep things rolling.   What if the King and Queen get into a bind?  They need more gold. They want to throw a big party.  Except they still owe the Iron Bank BILLIONS IN GOLD they already borrowed.

They go to the Iron Bank, explain that "a Lannister always pays their debts" and just like that, the human changes their mind. The bank says OK. The loan is issued and the Kingdom's debt increases.  The King went ahead and decided the party was worth it.

This system, where a human suddenly changes the rules? It is NOT Decentralized, it is very much CENTRALIZED.  If changes can be made either on their own, or take a vote but regardless any system that uses human decision makers is CENTRALIZED and can be changed. Bitcoin is based on a code and math.  It can't be changes. There is only a certain amount. No one can turn it back on once the 21 million Bitcoin are mined.

What if the Lannisters used Bitcoin as their coin instead?  There is no Iron Bank of Bitcoin. There is no one to ask if you can have more. There are a certain number ever created.  The King can't say, I DECLARE WE WILL PRINT MORE BITCOIN. Instead of going to the Iron Bank, depositing gold, then writing me a check or giving me a gold bar,  Now my money is secure in an online chain with a secret/private key that as long as I don't lose it?  It's all good.

The ultimate goal is to have a system in which Bitcoin can be traded back and forth for goods and services. It does it quite well.  Makes it very cheap and easy for trips. 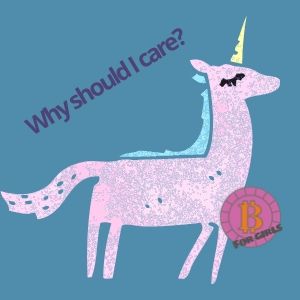 It could be one of the most important things you do.

If all you want to do, is buy $500 bucks worth of Bitcoin so you can say you have some? Head back over to my Quick Start page.  This is where, in my opinion it is the easiest and "safest" way to get yourself some Bitcoin.  You don't have to know it's every nuance to get some in your pocket.  Chances are, if it goes up significantly, you'll be back to continue reading below. But it's NOT required of you to fully "get it".

Bitcoin has been around 11 years.

Acquiring and holding Bitcoin has been like the Wild West.  Every man for himself. This is important. If you want to really understand the point of Bitcoin, you have to ready to go all in but it isn't necessary if you'd just like to have some and you have the extra funds to take a chance and have a little tucked away.

Is Bitcoin a Scam?

Yes. They can be. Remember all those emails from Nigeria where the Prince asks for your help? Well Bitcoin has scammers in it too. You want to watch your back. Keep your accounts as secure as possible. In any sort of "new space" there will ALWAYS be scammers who want your money or Bitcoin. You need to protect it. Once I create resources for that, I will add a link here.